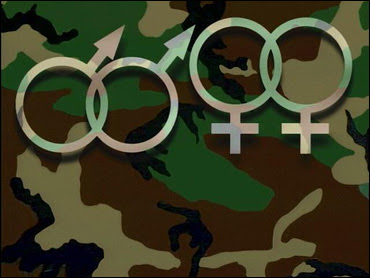 Tuesday 20 September 2011 has been a very important day in the history for the military of the United States of America. The country finally came to it senses and officially repealed the “don’t ask, don’t tell” policy.
The DADT policy forbade gay service members (of the military) from disclosing their sexual orientation and their officers from asking about it. What a preposterous policy coming from a nation that has a so called foundation of values about: equality, equal opportunity and dignity for all Americans.


You cannot choose who you love. Who are we to judge others? Especially those who are defending your country? Aren’t people from the military role models for the next (and younger) generations? What signal do you send out to our future when you ask people to hide their identity? 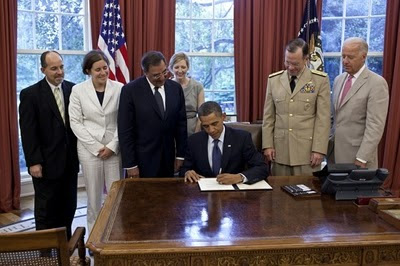 Thank goodness for the Americans that they have president Obama who has signed for the policy’s repeal. I’ve always been a fan of Barack Obama, this action has made him even more popular in my book. Yes, the man has his flaws, but looking back at the previous presidents of the USA, he’s doing pretty well isn’t he?! You must also bear in mind that the world is at a very crucial and difficult place, so yes, the man is doing a fantastic job given the circumstances!
I know that president Obama will do even more good if (WHEN) he gets elected for his second term. Before he will get the change to do so, he will have to endure all the bashing of the republicans first. The campaigning for the 2012 election is right around the corner... bring on all the media madness!
Posted by Bao-Nhi at 01:43