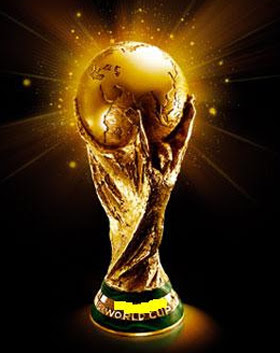 I´m a huge football fanatic and despite of the odds, I had high hopes that the Netherlands would pull the World Cup 2018 in. Although Russia got it as expected, I can´t help but feeling disappointed.


There´s more to life than football, but it´s a game that gives me much pleasure in life. Holland and Belgium got to host the European Cup back in 2000 and this was such a wonderful experience. Could you imagine how it would be if Holland gets to host the World Cup? Well, we will never know now, will we?

The FIFA has been under a lot of pressure lately (for years actually) and I can’t blame the public for doubting them. How is it possible that the World Cup of 2018 (Russia) and 2022 (Qatar) will be hosted by countries where football is not ‘a high priority’ for its people? Could it be because of the money that’s involved?? Even a blind person can see that something fishy is going on... but what can you do until some of the ‘big shots’ stand up and do something about it?

Since my disappointment with the World Cup going to Russia in 2018, I'm looking forward to the World Cup 2022 in Qatar. Qatar is not a football nation, but a very rich *oil* country. (You can make your own assumptions about FIFA with this given aspect) Nevertheless, after seeing their plans for 2022, I got pretty excited. They will build superb stadiums and tourist attractions. Football will be shown in a level that has not been seen before. I personally cannot wait to see them pulling this off.


After the World Cup is over, they will strip the stadiums down and rebuild the football fields into golf courts. All the material used for the stadiums will be send to developing countries to build stadiums there. Not a bad idea if you ask me.