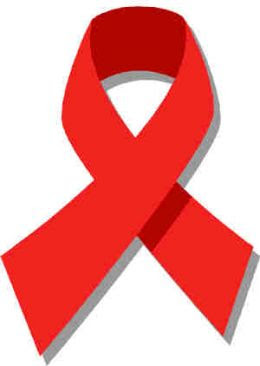 Whenever we see the red ribbon HIV/AIDS crosses our minds for a second and we just carry on with our lives. December 1st is the day that we take more than a few seconds to think about it because it's World AIDS Day.


December 1st has had a very special meaning for me ever since I was twelve years old. It was then when I first volunteered to help and spread the word about the seriousness of Human Immunodeficiency Virus (HIV). Till this day, there is still a lot that needs to be done to spread the word even further and further...

I’ve been blessed to get the chance to work all over the world. During these journeys I have discovered that HIV/AIDS is a cause that is very dear to my heart. I have met many people, especially young children and orphans, who have been affected by this horrible virus. Critics say that it’s these people their own fault to get infected, but when you’re born with HIV, you don’t exactly have a choice do you??

Every 12 seconds someone in the world gets infected with HIV
Every minute a child dies because of AIDS
AIDS has caused more victims than all the wars and disasters combined together
These are awful facts that we must try to put an end to. December 1st is a good day to raise attention for the cause. There are many international and national campaigns to make people realise that HIV/AIDS is no joke and that WE need to get together and put a stop to it.


Digital death is one of the international campaigns:

I’m happy that December 1st is a day when this important cause gets so much attention, but we need to be aware of it during the other days of the year as well! Many people around me seem to think that HIV/AIDS only ‘happens in Africa’, well let me be very clear: this is NOT the case! Yes, the highest number of infections is in Africa, but the numbers are growing increasingly in the Western world as well, unfortunately.

Money might not be the answer for everything, but believe me when I say that it’s needed to help everyone that is affected by HIV/AIDS. So donate whatever you can to help this cause to disappear in the future. Besides from this, the most important thing that you can do to contribute is to be aware of the risks of HIV/AIDS... think before you act and always stay safe!!