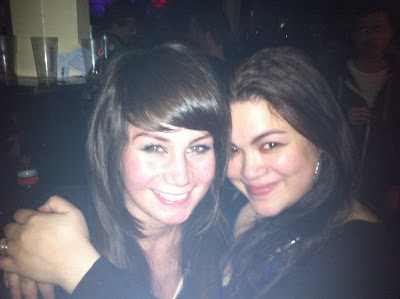 Larissa is my friend whom I’ve gotten to know for about 1,5 years now. Ever since the first day that I’ve met her, there was something about her that I instantly liked.
Since that first day I have often said that she’s like an angel to me. She’s a bit naive at times and will believe anything you say, even when it’s clear to others that you are fooling around. Her response during these situations is truly priceless. Maybe naive is not the right word, but she has this pureness and kind of innocent around her character that is very likeable.
Other than that she and I share a lot of common interests and we both seem to like the same things quite often. Somehow I, and many other people, always smile when she is around.
I seriously hope that all of you out there have a ‘Larissa’ around, because this sure brightens your daily life!!
Posted by Bao-Nhi at 01:19