I have had the same Valentine for the last nine years. Ravi is one special person whom I was lucky enough to have met on February 14th 2002 in India. He has always been on my mind, especially on Valentine’s Day, ever since.

It was at the small village Anantpura in the South of India where I have had the privilege to meet Ravi. This meeting definitely influenced me for the rest of my life.

At the time, Ravi was fourteen years old. His dad past away when he was seven. Ravi's mother is physically too ill to work and to take care of his brother and himself. Therefore Ravi and his brother decided to sell themselves to a landlord. This way they would receive money so that their mother can take care of herself. Yes, Ravi sold himself to help his mother.

Ravi works from 5 am until 8.30 pm. He accompanies the children of his landlord to school and carry their schoolbags. After that, he returns to take care of his other responsibilities like taking care of the livestock and doing chores at the house. He gets humiliated and beaten when the landlord feels like it. The food that he gets are the leftovers of the previous day. The salary that he receives is 500 rupia a year. This was about € 12,50 A YEAR in 2002. He gives his earnings to his sick mother so that she can take care of herself. Ravi said that he knows that he will never be free again, because his landlord has many powerful ‘friends’. When his landlord dies, Ravi will be passed on to the children of his landlord. 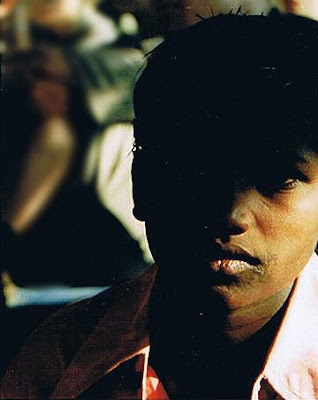 Thinking about all this still makes me very angry and feeling overwhelmed. I remember that millions of thoughts ran through my mind after meeting Ravi nine years ago. Crazy escape plans crossed my mind, but that was not the solution at the time.

Ravi was hired for the day by mister Anthony Madulaiywami. He works for an organisation whose mission is to free child slaves (labour children) in India. Mister Anthony is a very modest man who has meant a lot for thousands of poor families in India. While risking his own life, he has managed to free 68 children from their landlords at that time. Unfortunately, Ravi’s situation was different because his landlord is so well connected.

All that I could do at that time was to leave Ravi behind and go back to the Netherlands to spread his story out into the world. Officially, India does not have labour children, but we all know differently and I have seen the truth with my own eyes. My high school and I raised a lot of money for mister Anthony’s organisation so that they can continue freeing children like Ravi. 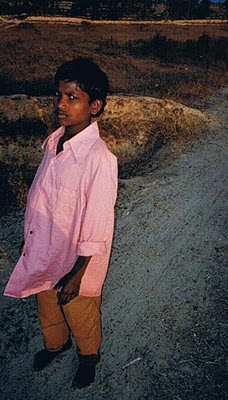 In the end, I couldn’t do much for Ravi but the ironic thing is that he has done a lot for me. Meeting him has influenced my life so much. He is one of the people who helped me find my passion for working in development aid. I still often think of him. In my mind he has found a way to free himself and he is reunited with his mom. By now he is 23 years old, found himself a nice wife and is living the happy life that he deserves.

Realistically, I know that this is not likely, but I rather keep this dream alive than letting my mind drift off towards the obvious negative outcome.

Valentine's Day will always be special to me because of Ravi. He will be my Valentine for the rest of my life.
Posted by Bao-Nhi at 07:07