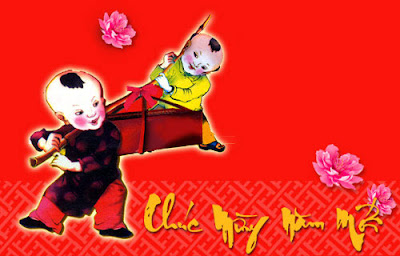 In my previous blog about tết I promised to give an update about this year’s Lunar New Year’s celebration. This year, the celebrations were spread out over two weekends for me so I have a lot to tell and a lot of photo’s to share...

New Year’s day was on a Thursday. Although my family had a dinner together, I chose to hit Amsterdam to celebrate the new year with my Asian friends. It was a night to remember and it’s best to leave it at that! ;-)
Utrecht
On Sunday the 6th of February, the Vietnamese catholic community gathered in Utrecht to celebrate the new year. This was the first time since (over) a decade that the community gathered as one again. (It used to be two churches, but now they have merged into one.) I don’t mingle well with a crowd of (old fashion/traditional) Vietnamese people so I was kind of dreading this day. I was quite overwhelmed by the amount of people who turned up. Haven’t seen so many Vietnamese people together in the Netherlands since I was a young teenager.﻿

The children got to play games during the (very long) church sermon. After the sermon it was time for food and performances.
It is traditional to have the lion dance (múa lân). The lion dance is believed to bring good luck and fortune to the business and the troupe is rewarded with the red envelope (lì xì). Children love this part of the new year's celebration. I’ve added a video of Sunday’s múa lân. I do apologize for the poor quality of the video’s and photo’s in this post. I only had my phone camera at hand.
The other great thing about these celebration is to see the kids perform. A group of young girls have practised a traditional Vietnamese dance (with clothing and all) to perform to all the people who were present. This tradition is called múa (which means dance). Just like the lion dance, you’ll be able to find better video’s on YouTube if you want, but here’s one of last Sunday.
Houten
We had a similar new year’s in my hometown Houten yesterday. It was basicly the same (lion dance, lì xì for the kids and lots of food) but the only difference is karaoke! Vietnamese people love to sing, especially in front of an audience. Having the karaoke screen set up next to the altar says it all doesn’t it? ;-)
﻿ ﻿
﻿ ﻿
Family
Today was the New Year’s celebration with my entire family in the Netherlands. Every year my mom combines this with my dad’s birthday. All my uncles, aunts, brothers, sisters, cousins, nephews and nieces gather to eat, eat and eat! I always have the responsibility to look after the cousins, nieces and nephews. Up till a couple of years from now it was like this: eat as fast as you can so that we can ditch and have fun elsewhere. Now that I’ve gained some younger nieces and nephews, ditching is not an option anymore.
﻿
﻿
﻿ ﻿
﻿﻿
﻿
﻿﻿﻿﻿
﻿﻿﻿﻿﻿   ﻿
Nevertheless, I love seeing my cousins, nieces and nephews on these occasions. I don’t get to see them that often so we always make the best out of it. Now after dinner we just hang out, play games and catch up with each other which is priceless to me.