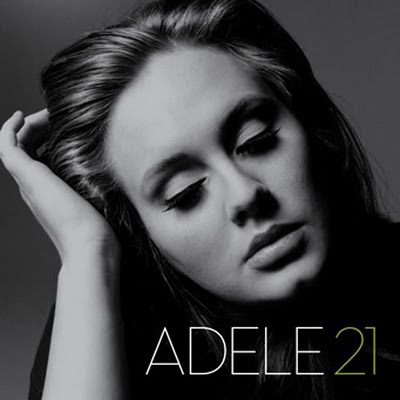 Adele’s debut album ‘19’ was amazing, but somehow she managed to outdo herself by releasing ’21’ which is even more exquisite...
I’ve been listening to the album over and over again since yesterday. Her voice is amazing and as you listen to the words... it goes straight to your heart and soul. The more I listen to it, the more I fall in love with it.
Every now and then, an album gets released that becomes a highly favourite one of mine, at this one is definitely added to this list!
'Rolling in the deep' is currently hitting the charts all over Europe, but there are so many other songs on the album that are definitely hit potential. I started tweeting about my favourite song of the album, only to find out that I kept on adding songs i.e. THE ENTIRE ALBUM ROCKS!
So I highly recommend you to go get the album so that you can experience this amazingness for yourself!
Posted by Bao-Nhi at 15:43