And so life continues… 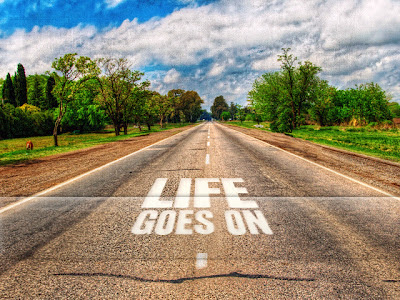 The last time that I wrote to you was when I was 27. Now, at 28, I don’t feel any different than when I was a year younger. The day that I wanted to pass by so fast, is in the past now. It is literally an end of an era for me. Life happens, whether you want it or not. You just need to learn how to deal with the things that are thrown at you.

28 has been good so far. I met up with the Weichardts in Amanthunzi, about two hours away from Cape Town.  It was really good to see Rolf, Lizzie and Mikhail again. During my time as an intern with YFC Cape Town, Rolf was still the director of the centre. After I left, he became the national director of YFC South Africa. I love to listen to Rolf when he speaks. That man has a lot of wisdom and great stories. I used to have good conversations with him and he always valued my opinion on things, because he thinks that I’ve been blessed with a good set of brains. Emelio & Claudine were kind enough to take me to go and visit him and his family. He used to live n Edgemead (Cape Town), but they moved to Amathunzi in April. They are managing this A-MA-ZING nature reserve that is absolutely beautiful.  You really should check out their website.

I loved seeing Lizzie and Mikhail again as well. We used to have Monday night dinners at their house in Cape Town. I always loved to help Lizzie cook and play board games with her. Mikhail is their youngest son.  Back then, Mikhail, Gabe (an American volunteer who became my little brother) and I used to hang out a lot. It was fun to be able to hang out with him again, now that he’s turning twelve on Friday, he still want to hang out with this old lady! ;-)

Although our rendez-vous was short, it sure was good to be able to catch up with the other South African family (next to the Gassibe’s) who I love so much. I haven’t been able to meet up with Kyle & Tenille (their other two kids) unfortunately, but I know that we’ll meet again someday.


Other than that, I’ve been hanging out at the Blouberg house. I’ll devote a full post about this special place (to me) in the coming days. What I used to love to do at the house is to cook and bake things. Well… I’ve been reliving my passion for this. Good thing is that the volunteers love to eat, so I’m very content to be in this element again! ;-)


I’ve also been back at the farm yesterday. I used to go here a couple of times a week to spend time with the kids. Some of them still recognized me, which was pretty cool. Desiree even remembered what I was wearing and how I wore my hair on the first day that she met me. She was fifteen at the time that I met her and now she is nineteen and she has a daughter who is two. We actually went to the farm to celebrate Kaylie’s second birthday. It is good to see that Desiree is doing well, but on the on the other hand, her having a baby at such a young age and now being a stay-at-home mom is the reality of many teens in South Africa. What I love about YFC is that they don’t judge her and still continue to care for her.


Have a good Monday and enjoy your week!