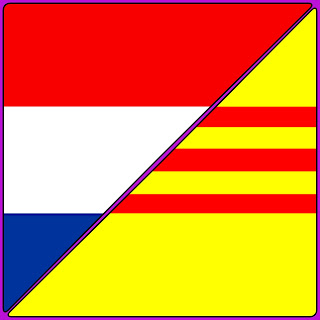 People close to me know that I'm pretty touchy when it comes to my ethnicity. Whenever someone says that I'm Asian or Vietnamese, I always correct them by saying: 'I'm Dutch with Vietnamese heritage'. It's not that I'm ashamed or that I'm running away from my Asian roots, it's just simply that I feel totally and utterly Dutch. This has always caused confusion and difficulties in my life and it’s the main reason why I literally have an identity crisis since forever.

There have been many occasions when I thought that I've come to terms with who I am, but my surroundings always proved me wrong. Although it has been a blessing to grow up between two cultures: the Dutch one and the Vietnamese one, it hasn't always been easy either. I'm not going to get into what a struggle it has been bla bla bla… Conclusion of my entire childhood is that I've never really felt connected with my Vietnamese roots and have always considered myself to be Dutch.

In my heart, I feel Dutch. I've been born and raised in this liberal and democratic country and have been given a lot of opportunities to become the person that I am today. However, I cannot deny my Vietnamese roots. My dad left his fatherland as a boat refugee to give me the life that I have today, but how is it that I can't seem to connect with his 'homeland'?


It's a question that I've been struggling with throughout my life. In 2010, I even took the time to go to Vietnam for six months and explore the country for myself. It's a magnificent and beautiful country. I've met a lot of people who I connected with and I loved working with the kids in Vietnam, but the country couldn't put a sparkle in my heart.

I gave myself some piece of mind after this journey. I've done my best and it's okay to feel the way that I do. Lately, I've been second guessing this. This summer, I was a leader at a camp for Dutch children of Vietnamese heritage. At the camp, I could see how Vietnamese many of the kids are and they were so proud of it as well. I questioned myself a lot during this week, because how can an eight year old express a feeling that I've been struggling to find for almost three decades?

I've also gotten to know the other camp leaders better. Five boys in particular. They call themselves F5, I call them boys, but they're young men really. On the surface, they seem just as Dutch as I am, but they consider themselves to be Vietnamese. And they're so so so proud of it as well. Just the other day, Jimmy (one of the boys) posted 'Tôi Là Người Việt Nam' on Facebook as his status. This means: 'I am Vietnamese'. It is might blowing to me how these young men are so proud of their roots, when I'm seriously struggling to do so.

Nevertheless, I seriously do admire the next generation, people like the F5 boys, for being so sure of who they are. I envy them for being able to take such a clear stand. They are good brought up young men who also got the best of both worlds (the Dutch and Vietnamese). I can tell by the way they respect me as an older sister, which they learned from the Vietnamese culture. Then, they also have their classic Dutch moments, which have brought me a lot of laugher. I've gained five new younger brothers over the summer. All in all, they are one of the reasons why I'm rethinking my entire identity again. I think that this is one of those things that I will never figure out, but that's okay. Dutch or Vietnamese, in the end, I'm just me and there's no one who can change that. 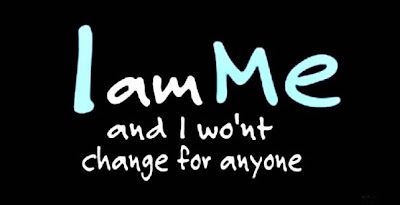 Signing off as a teeny tiny confused,
Bao-Nhi
Posted by Bao-Nhi at 23:07