I'm special, my name says so! 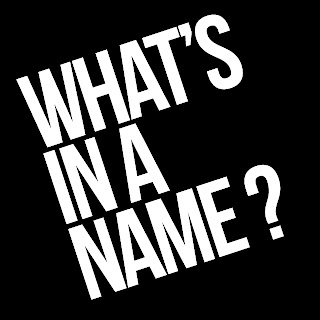 People often ask me what the meaning of my name is. This is rather complicated to explain, since I go through life with several names. My Dutch name is: Bao-Nhi Vu, my full Vietnamese name is: Maria Vũ Nguyễn Bảo Nhi, my nickname is: Titi and then I have a bunch of aliases… confusing, I know!

I think that it's easier to start explaining my Vietnamese name:
Maria Vũ Nguyễn Bảo Nhi.


Maria is the name that I received when I was baptist. Vũ is my father's surname and Nguyễn is my mother's last name. Bảo Nhi is my actual name, but since it's a double name, I actually go by just 'Nhi' (in Vietnamese that is). Bảo means treasure, precious, special, unique, one of a kind and Nhi means little one or child. In Vietnam, it’s very common that the youngest girl of the family is named Nhi. So Bảo Nhi actually means precious/special/unique/one-of-a-kind/treasured little child… SO I'M SPECIAL INDEED! ;-P Although my full Vietnamese name contains of five names, Vietnamese people only use one: Nhi. They're actually the only ones, everyone else use my Dutch or nickname.

In Vietnamese it is normal to put your surname in front of your name, but in Dutch it's the other way around. My Dutch name is: Bao-Nhi Vu. My name is hyphenated in Dutch, because my parents wanted to make sure that the meaning of my name would stay united. They also decided only to give me my father's surname, since this is common to do and because the name Nguyen is difficult to spell (and pronounce) for foreigners. Bao-Nhi is the name that I use in daily life and on legal documents.

However, these are not the names that my closest friends use to refer to me. They use my nickname: Titi. No, it does not refer to anything perverting... Titi means something like little one/shorty in Vietnamese and is given to me ever since I was a baby. My siblings, cousins, nephews, nieces and many of my friends call me Titi. Some of them don't even know my real name.

People often ask me why I don't have a Dutch/American/Western name... well I just don't. This is the name that my parents gave to me when I was born. They obviously put a lot of thought into it, because the combination of the five names is really unique combined with the meaning of it. My name gets mispronounced and written incorrectly very often, but that's okay. It's not one of those common names and it suits me well I guess. I'm not a common person and you can surely say that I'm special, unique and one-of-a-kind... It's up to you to decided whether this is a negative or positive thing! ;-P

Have you ever wondered what the meaning of your name is??